Posted on September 24, 2011 by allthingsboys

Nobody likes water where it doesn’t belong.  Interesting feature of something we actually can’t live without.  We have to have it to live, but too much or too little wreaks havoc.

Years ago, before even children, my husband and I rented a condominium in a gated community.  Our unit was on the second floor, and overlooked the pool.  It was spring, and we had been packing, trying to ready ourselves to move out of state.  We were about halfway through the packing process, so you can imagine all the boxes stacked on the floor about the place.

One Friday we planned dinner and a movie directly after work.  I went to the mall to meet my husband there, but he called to say he’d been detained at work, and wasn’t going to make it.  So I went home.  Good thing too.

As I made my way from the parking lot, I noticed there was a river of water flowing onto the blacktop from the walkway.  Hmmm…I thought to myself.  “They must be cleaning the pool and getting it ready to open.”

The distance from the parking to the stairs was about 70 yards.  As I turned the corner, I remember feeling like my brain refused to acknowledge what my eyes saw.  The water was in fact not coming from the pool, but flowing over the edge of our balcony. 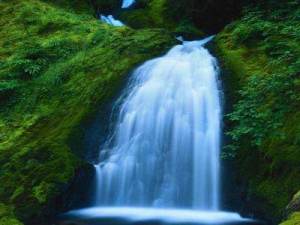 As I opened the door and stepped in, water was ankle deep.  Boxes were sagging as they became soaked and soggy.  I followed the sound to the laundry closet where the washer hose had broken open.

I don’t know how long it was running, but long enough to flood the unit below, the unit behind, and the unit beside us, as well as flow like a waterfall off the balcony and make its way to the parking lot.  Stanley Steamer came to do water extraction, which is a unique process.  They pulled the carpet up and removed the pad after sucking as much water out as they could.  While they worked, I removed boxes from the building.

As I ran up and down the stairs with boxes, the Stanley Steamer guys decided it would be much faster to just throw huge, folded up sections of sopping wet padding over the balcony.  How unfortunate was it then, that the three guys that were working, my husband, and my mother happen to be standing there when a wet load sailed over the railing to find it’s landing directly on my head.

Have you read the post about me being a Schleprock?  I’d like to say, I rest my case, but there are too many stories left to quit just yet.

This entry was posted in Family, flooding, Post of the Day, water extraction. Bookmark the permalink.