The Art of Sunscreen

We arrived in Hawaii on Saturday around 2:30 PM Hawaiian time (or 8:30PM EST).  Tuesday was our first day of being able to sleep past 5:30AM.  By the time we adjusted to the new time zone, it would be time to go home.

We decided we would just lay around the pool for the day.  The ocean temperature was rather chilly-about 73 degrees, and we were wimps–used to the warmer waters of the Atlantic.  Our first day in the sun on the beach, we all put on 50SPF sunscreen.  Apparently there is an art to this.

Sunday evening, Bugs and I had brilliant red stripes.  Bugs on his legs, me on my legs and a very weird pattern across my stomach.  Bugs’ stripe was about an inch and a half wide the whole length of his legs.  Mine looked like a bad tie dye job that is now peeling.  Bugs thankfully didn’t blister and peel but he’s annoyed that he’s still white with a pink stripe and he wants to go with no sunscreen for 30 minutes. 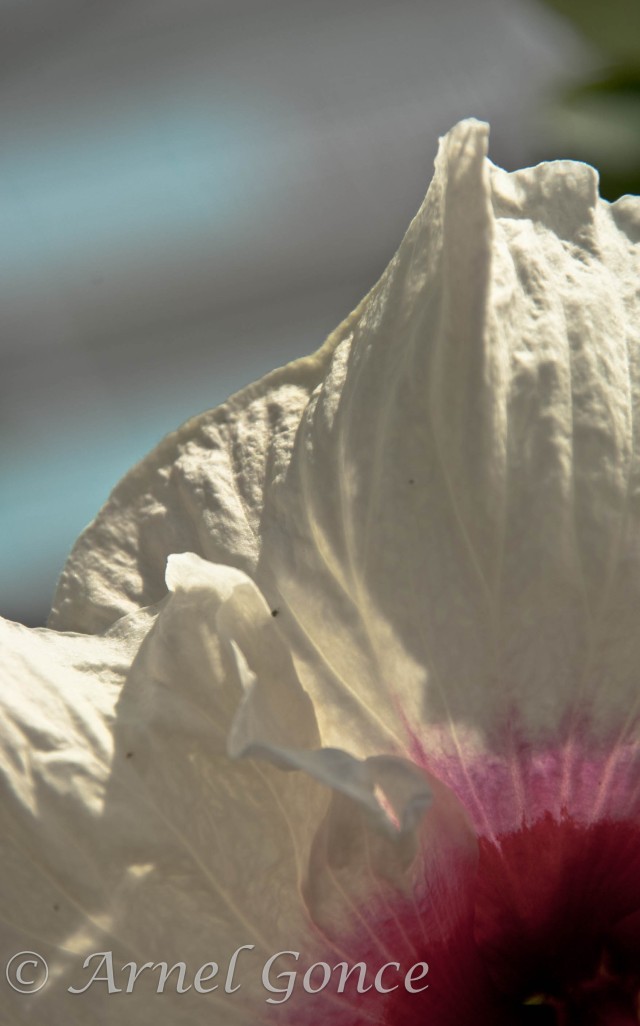 He’s desperate for a tan.  And it’s doubly hard for him because he inherited my Irish milk white skin so all he does is burn.  Roo and Buzzard got DH skin gene that allows them to put 50 sun screen on several times a day and still come away with a light golden brown glow.

I feel for him.  I’ve always been white as the petal of a dogwood bloom.

I can’t tan.  I burn and freckle–the only one in my family when I was growing up who did.  Once when I was 18 during summer break from college I drove back to California for a friends wedding.  After the wedding another friend and I decided to drive to Santa Monica for a day at the beach.  It was a hazy, overcast day, but warm.  We had been laying on the beach for about 30 minutes (without sunscreen, because back then, it wasn’t around) when I looked at my friend and said,

“You know, my skin feels weird.  I think I need to get out of the sun.”

She looked at me quizzically.  “Really?  We haven’t been out here that long.”

We hem hawed around for another ten minutes before I finally said I couldn’t stay out in the sun any longer.  I had a weird feeling about whatever was going on.

By the end of the day, my gut feeling of doom came to fruition in the form of a huge case of sun poisoning –or a severe sunburn.  I had second degree burns behind my knees where it blistered and peeled twice and was the color of a chicken’s wattle.

I had such massive blistering everywhere else that when I walked I could feel the fluid under the skin slosh back and forth across the tops of my feet.  I was sick for two weeks.  My dad, who I was staying with at the time was horrified when I finally arrived at his house.  The lady at the bank asked if I was O.K. when I walked up to the teller window.  I must have been a sight.

So, I think it’s understandable that I tell Bugs he MUST wear sunscreen when he goes out in the sun.  Once when they were little, someone at the pool asked me why Bugs never got to go outside.  Seriously–those were the words they used.  I asked why they would think such a thing, and they said, “Because he’s so white, and the other two are so brown.  I figured he didn’t get to go out.”  Sigh…

So, I patiently explain statistics to Bugs:

According the Journal of American Epidemiology,

Although having frequent sunburns before age 12 and having severe sunburns before age 12 were both strongly associated with melanoma, having large numbers of sunbums during any time penod from elementary school through age 30 years and having sunburns during the 10 years prior to diagnosis or Interview were all associated with a doubling of risk for SSM after adjustment for other factors. These results suggest that the increased nsk of melanoma related to sunbums is not confined to childhood sunburns.

He puts the sunscreen on without saying much about it.  But I know it’s the right decision and so does he.  Melanoma is a scary cancer.  White skin is the better choice.  We just have to work with what God gave us.

12 Responses to The Art of Sunscreen