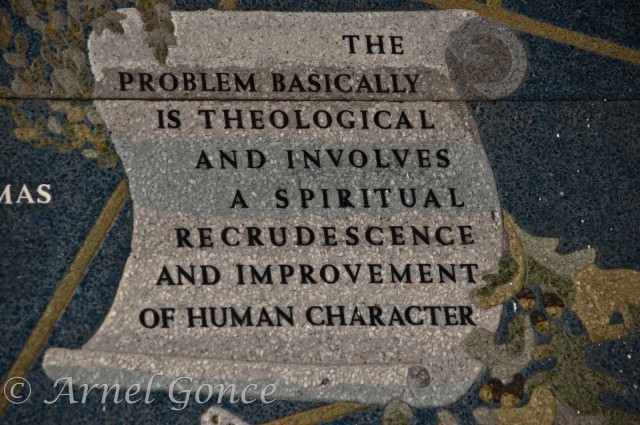 Punchbowl Crater, or Hawaiian National Cemetery is the last place we toured.  My husband and I had been there 13 years before to lay flowers on my maternal Grandfather’s grave.  We decided to repeat the performance with the boys this time, and I think they really got a lot out of it.

We went to the florist in the Hilton Hawaiian Village, and the gentleman there suggested a lei.  This is a popular choice with groups so everyone can participate in laying flowers by cutting the string and scattering the flowers from the lei. 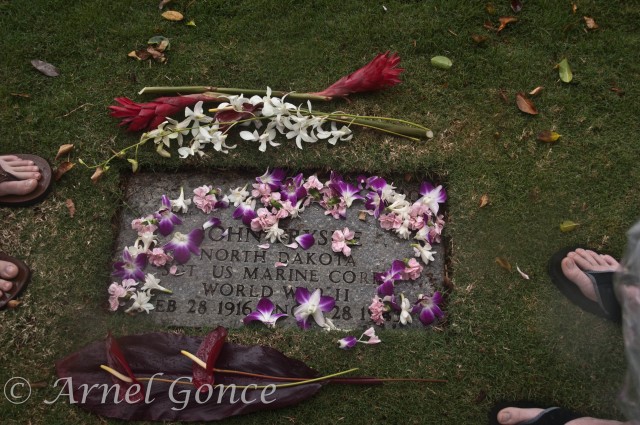 My grandfather was a Sargent in the marines shooting the photography for reconnaissance planes.  As they were coming into Bougainville Island from a run over Truk Island, the pilot misjudged the tiny landing strip and the back wheel caught the edge of the runway.  The plane skidded, flipped and hit and embankment.  There were 8 people on board and two died.  My grandfather never escaped the plane and it exploded, the other gentleman was thrown from the plane.  The remaining six were taken to the hospital with various injuries.  Because of the nature of the secrecy of his mission, he was interred on the island for several years before finally being brought home to Punchbowl Crater.  He is laid to rest right in the front near the entrance.

I only know this detail because over the course of the last couple of years I have helped my mother obtain his military records.  When we finally received them, neither of us were prepared for what was in them regarding his death.  He died in November 1943, my mother was born in June 1944, so she never got to know him, and it was tough reading the autopsy report, of which neither of us even knew would be included. 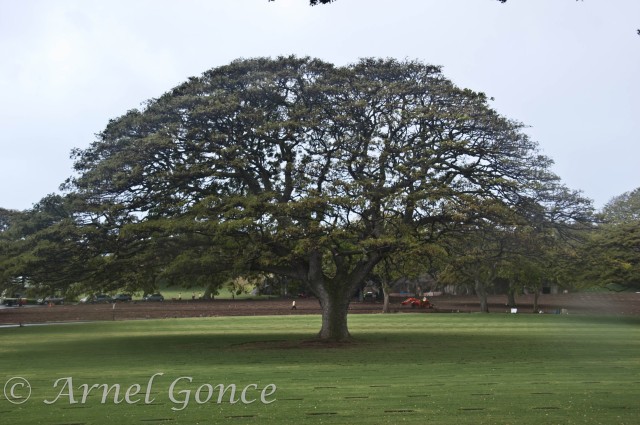 After laying the flowers, we made our way slowly to the back where there is an amazing layout of a map of the South Pacific War complete with a timeline and narrative laid out in mosaic tile. 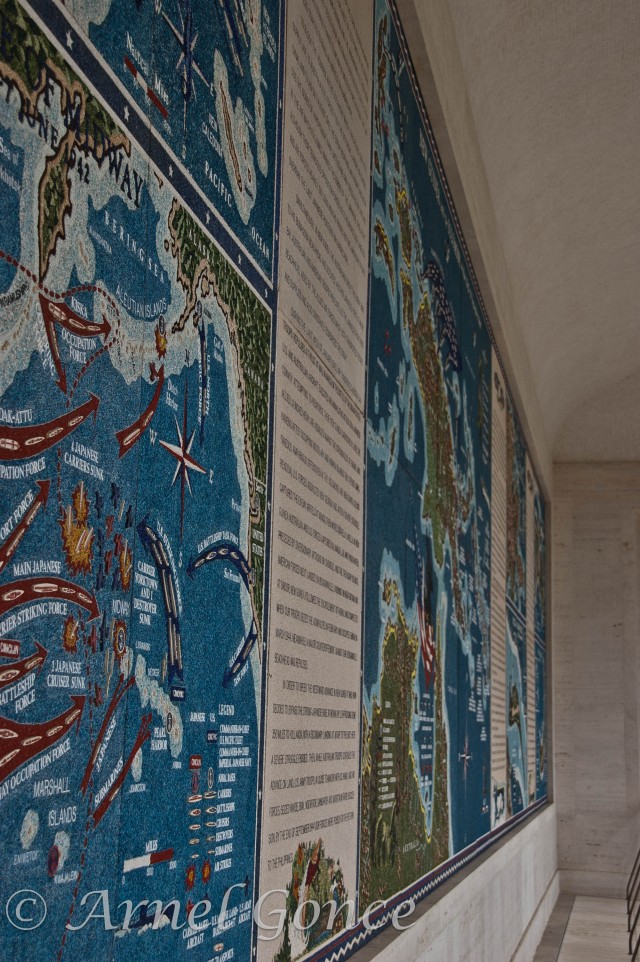 There are several walls that have the names of people who were never found engraved on them that serve as a memorial.

There is also a small chapel in the memorial.  It is a quiet and peaceful place to stop and contemplate our history and the sacrifice our soldiers make for us so that we may live in freedom and unmolested by the bullies of the world.

It was a rather somber mood that we left with, but it provoked great discussion about WWII and how we got involved, and how the war progressed.  Hawaiian National Cemetery should not be missed when visiting Oahu.