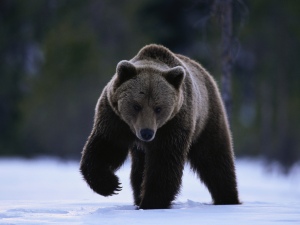 I know I’m posting a bit for today, but I missed a couple of days with a lot of stuff on my mind.  This is mostly because I’ve been irritated by the men in my life, and have been just the tiniest bit gritchy.

You see, Bugs got his license on Wednesday.  Tuesday we went out to practice unprotected left turns, and it did not go well.  Looking back now, I think most of his issues stem from anxiety, but to me it looked like he didn’t know what he was doing or where he was going.

I’m continually amazed that all these years I’ve been driving them around, and they don’t know how to get to the grocery store five miles down the road.  I shouldn’t be though.  I don’t have that gene either.  If I don’t drive it, I can’t get there later.  And I’m about as directionally challenged as any one person can be.  Remember my car I lost for four hours?  (For your amusement, read here).  So, it’s not all that surprising that they can’t find the post office two miles away.

To make matters worse, the bridge that we have to cross to get into town is closed now, and there is a detour–three detours actually–none of them direct which also happens to be the definition of a detour.  One of the detours happens by a church that one year got us home in a bad storm during which a giant tree fell across the main road.  We have since dubbed this road “The Storm Tree Church Road.”  When anyone in our family says that, we know where that person is referring to.

So that is the buzz phrase I used to indicate the route I wanted him to take into town.

Unfortunately, once past the church, he didn’t know anything else, and zoomed passed the next turn (on a road that actually becomes two tire ruts in the middle of nowhere).  When I shouted, “WHERE ARE YOU GOING?”  it of course was my fault.

No surprise, he didn’t see my side that he should have slowed down when I said he missed the turn.  Tempers flared, and that set the tone for the rest of the trip, culminating in my announcement that he shouldn’t take the test the next day because if he didn’t know where he was going, he shouldn’t be driving.  I wasn’t a fan of his that evening.

Wednesday evening when I went with him to get his license however, he drove perfectly to the testing office and came back happy as a clam that he’d passed.

The next day I added him to the insurance policy and had to be revived when they told me how much it would be.

Now I only have to contend with Roo and Buzzard contributing to my daily dose of tachycardia and a sound dose of worry about Bugs driving by himself.  So far though, the handiest thing about letting them drive is the leverage it affords me.

They want it so badly that when I take it away for bad behavior or mouthing off, they straighten right up. I’m thinking it’s going to take a REALLY long time for the twins to get their license.