Beware the Jalapeño on Date Night…

My oldest son loves to hunt and fish.  He is a true outdoorsman.  Consequently, we have more venison in our freezer than I know what to do with.

It’s a shame too, that only two of the boys like it.  Hubs came home and shared a story about a client telling him a story about his Brother-In-Law or some such, and the nasty parasites that almost ended his life from poorly cooked venison.

That did it for him, and me as well, although I do think that was a rare occurrence.  Tons of people eat venison and love it!  It’s popular in restaurants throughout Scotland.  Too gamey for me, however.  So what’s a girl to do with all this venison?  Well, the ground venison I was given a fantastic chili recipe for (no, really–it barely tastes like venison–and it’s cooked for a REALLY long time, ensuring all critters are dead).  So about a week ago I bought all the stuff to make it and four nights ago I made a huge double batch.

About 10 minutes into the chili preparation Hubs came into the kitchen to see about my progress and said, “Is there anything I can do?”

Not one to turn down help, I pulled out the Jalapeños and said, “Yes, you can chop these.”

“O.K.,” he says tentatively.  “But can you show me exactly how you want them?”

So I take one chili, cut the bottom and top off and quarter it lengthwise.  I then say, “I strip off all the inside membrane and rinse out the seeds so there isn’t as much heat.  I then dice them into tiny minced pieces.”  Let me just say I’ve made this chili many times, and cut up tons of Jalapeños, never with gloves on.

He says, “Got it,” and sets about to cut and clean the remaining 7 chilis. In the meantime, I’m dicing garlic and onions, and the kitchen begins to smell really good. 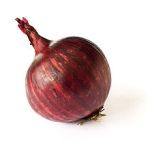 When I finish cleaning the garlic into a stack of cloves, I decide to get out my little hand held mini chopper and suggested he use it to finish up with the chilis.  When I finish with my garlic, I hand it to him and he chops up the chilis.  We finish with all the ingredients, and let it simmer while we cleaned up.

Fast forward thirty minutes later, and I’m sitting in front of the t.v., with my chin propped on my hand, and my index finger crossing my lips when I notice my lip begins to burn.  Also, my fingers start to feel like they are on fire.  I look over at hubs and say, “Are your fingers burning?”

He says, “I had to go shower, and yes, they are still burning.”

The next day (which was Thursday), my fingers are even worse.  When I ran water on them, it felt like tiny little flames were leaping from my fingertips.  I began to think I’d contracted some weird disease.  When hubs came home from work, I asked him again about his fingers and he confirms his are still burning as well.

Thursday evening we left to go out of town.  Once in the hotel room, we relaxed into no kid mode.  This involved a certain amount of hanky-panky which came to a screeching halt when we realized the affected digits could still transfer the oils from the Jalapeños to, er, well anything we touched.

The moral of the story?  When handling chili’s, please use gloves.  If you’re wondering how to get it off (the oils from the chili’s that is), apparently alcohol works best–no, not drinking it, (although that couldn’t hurt) soaking in it.  Really. 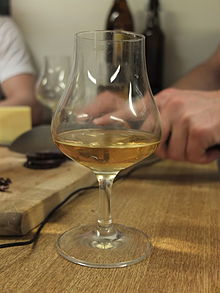 The following is the chili recipe, I’ve included since it really is a good chili recipe and if you don’t like venison, beef would work.

Add beans and green peppers.  Re-cover and simmer for an additional 15-20 minutes or until green pepper are tender, stirring occasionally.

Note:  I freeze in seal-a-meal bags in 4 cup amounts.

24 Responses to Beware the Jalapeño on Date Night…